Today marks an anniversary of a day we will never forget.  It brings back memories of both sadness and hope.  Fear and strength.  Let us remember the victims and their families today, and the sacrifices of the men and women who worked so hard to rescue them.  Thanks to the talented photographers who captured the horror and the American spirit on film, we will never forget.

One Nation
Dedicated to those who lost their lives
in the September 11, 2001 attack on America
May God Bless you all!!
In the bright September morning
without warning to us all
A few thousand lives were shattered
and we watched two buildings fall
And a  billion souls felt empty,
and the flags at half-mast fly
In the memory of the innocent
which didn’t have to die.
We’ve lost brothers, sisters, cousins.
We’ve lost family and friends
But we’ve made the choice not to forget
their lives and tragic ends
Though we’ve had our share of troubles,
we have put them all aside
As a Nation grieves we find ourselves
defending them with pride
We’re a nation of survivors
with one heart we share a tear
But we live to serve the memory,
not giving into fear
Though they try to take security
with the things they’ve done and said
All their acts of inhumanity bring unity instead
So we stand here as a family.
One Heart, One Soul, One Voice
We are challenged by this moment,
and united here by choice.
Here are a few of the photos from my
Memorial Web Site. 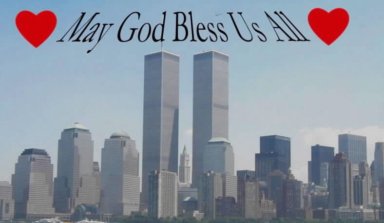 The skyline before the terrorist attack. 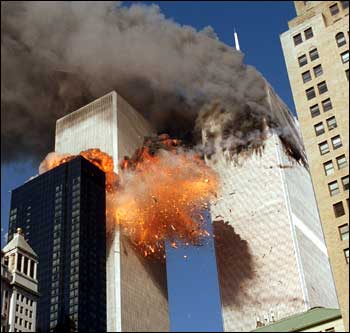 The second of two blasts to the World Trade Center. 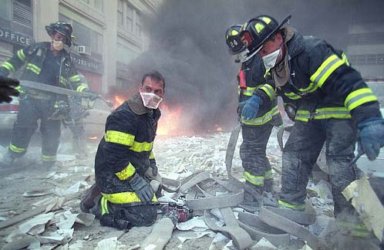 The endless search for victims. 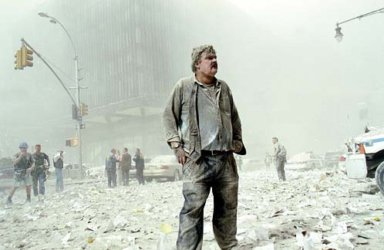 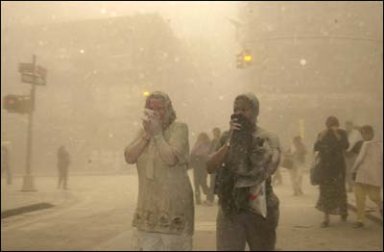 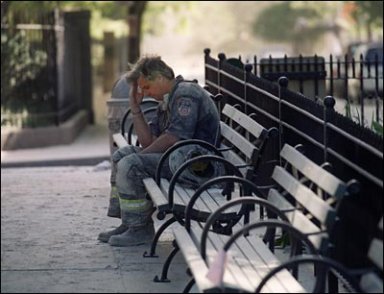 Police and firefighters tirelessly risk their lives for days. 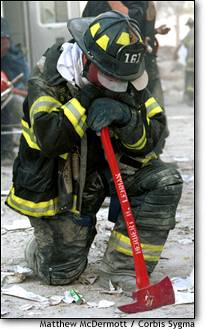 No American life is untouched.

We became a nation united in prayer. 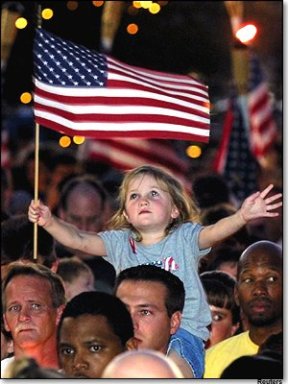 our American spirit.  It lives on.  In every heart.

Young and old.  Far and near.